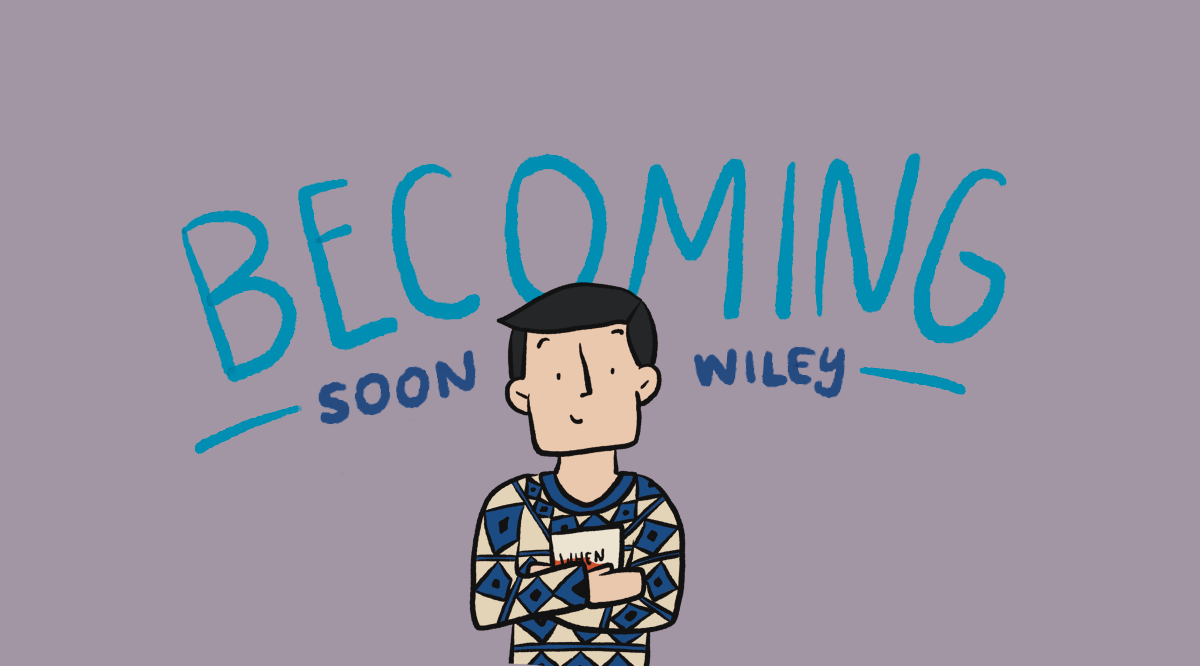 We had the pleasure of sitting down with Soon Wiley, author of When We Fell Apart, to learn more about his debut novel, his journey there, and the complexities around his biracial identity.

What was your path to becoming the writer you are today?

Probably like a lot of writers, I was a reader first. I was lucky enough to have parents that read to me every night when I was a little kid, and when they weren’t telling me a story, I was buried in a book. I didn’t seriously consider pursuing fiction writing until I won a short story prize sponsored by my college. Up until that point, I hadn’t taken any creative writing classes, and while I’d worked on some short stories during my spare time, I never really considered what I was doing as writing. Winning that prize was a turning point for me. I enrolled in creative writing classes during my senior year of college, and then I pursued an MFA two years later. I started working on what would become my debut novel when I finished graduate school, and I’ve been writing almost every day since, or at least the days where I can find the time.

What was the inspiration behind When We Fell Apart?

Initially, I was interested in exploring relationships and how we often think we know people, when in fact we often know very little about them, even in intimate relationships. As I kept writing, that initial seed of interest turned into a larger project that explored questions about identity, family, and cultural expectations.

Which character did you resonate most with in your novel? Why so?

I share a lot of the same characteristics and biographical details with Min, so I think when I initially started writing the novel, I felt most aligned with him. Like Min, I lived in Seoul, and like Min, I’m bi-racial. A number of Min’s experiences were partially drawn from my own experience, so in that sense, I’d say that I felt the most connected to him throughout the writing process. That being said, I also found myself connecting with Detective Park quite a bit. He’s someone who has very strong ideals and ethics, but he’s forced to conform or break his moral rules for the sake of his job. This isn’t to say that I’ve had to do those types of things, but I think part of becoming an adult and getting a job in some professional arena means doing things you don’t always want to do.

I was curious to know why Min’s narrative is third person while Yu-jin’s is in first. Can you explain?

This is actually something that changed quite a bit during the drafting of the novel. Initially, Min’s chapters were written in first-person, but at some point, it became very limiting to use first-person, especially when I was trying to build suspense. During the third draft of the novel, I decided to change it to close third-person, which gave me a lot of freedom. In my head, Yu-jin’s chapters were always in first-person. I’ve always thought of her chapters as being a confession of sorts, and so it made sense to have her speaking from the “I” perspective. I also wanted to give Yu-jin a voice in the novel. Because she’s dead when the novel opens, I wanted to find some way to still emphasize her presence in the novel.

You go into incredible detail about the inner workings of Seoul. With its people and specific locations, it feels like a character within itself. What was your research process like?

I lived in Seoul for about a year after graduating from college, but once I actually started writing the novel, it had been about four or five years since I’d actually been back. It sounds kind of obvious, but I spent a lot of time remembering and imagining Seoul. In early drafts, I was really stubborn about not looking at photos of Seoul or researching anything on the internet. I did my best to immerse myself in the city through my imagination. I’m a huge fan of writers who really emphasize sensory details in their fiction, so I wanted to lean heavily on that during the writing process. Later on, when I was revising the novel, I did a bit of research on the internet, just to make sure I’d gotten things correctly. When I finally found out that the book was going to be published, I was planning on going to Seoul, just to fact check a few things, but I ended up not being able to go because of Covid, which only led to more Googling.

What was your experience living in Seoul?

I’d say that my time in Seoul was quite revelatory. On one hand, it was incredible to be surrounded by other Asians. It was the first time in my life where I’d lived in a country where the dominant race wasn’t white. At times, when I was walking around the city by myself, I felt at ease, and I was aware that I felt a lot more comfortable in Seoul than I ever had in America. However, whenever I spoke to anyone or interacted with people outside of my friend group, I immediately became aware that I didn’t actually fit in in Seoul at all, and that people very much viewed me as a foreigner. This wasn’t entirely shocking, but it was very strange to feel like you belonged somewhere, only to have people tell you that you were nothing like the people that lived there.

Without giving too much away, relationships (both family and romantic) can be touchy subjects in Asian cultures. There’s a lot of unspoken boundaries, expectations, and traditions. What was it like writing them?

That’s a great question. Because I wasn’t raised in a “traditional” Korean household, I think I had a lot of psychological distance from some of the familial expectations that a lot of Asian kids experience when growing up, so that made it a bit easier to write about, in the sense that I could truly be an observer.  I suspect that because I was never really “inside” a Korean community when I was growing up, I felt more comfortable critiquing it or describing it. Another thing I always reminded myself of when I was working on the novel is that Asian parents, kids, pretty much all Asians, are just like everyone else. Yes, there’s certainly that cultural expectation, but at the end of the day, we all have the same fears, desires, and dreams.

Home and belonging play major themes within every character’s journey. How has this played a meaning in your own life and can you describe how you translated that onto the page?

I think I’ve always felt a bit like an outsider. Not necessarily in some terrible way, where I was excluded or treated unfairly, but I’ve always been aware that in certain places and situations, I don’t quite fit in. Whether it was because of my name or my race, I always got questions when I was a kid. People were curious about where I was from. And again, I don’t think it was malicious, but you become aware, very quickly, that you perhaps don’t belong wherever you are at the moment. This feeling is something that I think everyone experiences to varying degrees. But certainly, when I was writing the book, I was interested in exploring characters who didn’t feel like they belonged, for whatever reason. The theme of home is probably a bit trickier to answer, but I think as a minority or person of color growing up in America, you are acutely aware that some people don’t think America is your home, even if it is. Min’s decision to travel to Korea in the first place is a reaction to this kind of sentiment.

What did you learn about yourself and/or the process of writing your debut novel?

I don’t consider myself a spiritual person by any means, but you have to have faith to write a novel. Faith in yourself and faith in the work, which doesn’t usually illicit any faith, especially when you’re dealing with a rough draft. I also learned that I write best when I’m writing for myself.

How did this novel help you understand or further complicate your own bi-racial background?

Writing the novel helped me come to terms with what being biracial means. This isn’t to say that I was somehow conflicted about being bi-racial before my novel, but I think there’s an inherent messiness when you grow up as bi-racial. When you’re younger there are all sorts of questions about who you are and where you come from, but as you get older, you start thinking about how labels and categories aren’t really useful at all, especially to people who defy categorization. Writing the novel helped me accept and understand that it’s really important to have an internal identity, one that is separate from how other people view you. Being bi-racial means that you will often be seen by different people in different ways, so it can be confusing when you can move between different worlds. A strong inner idea of who you are – divorced from your external identity – is really important.

For readers who are looking for their new book, why should people choose When We Fell Apart?

When I started writing When We Fell Apart, I wanted to give my readers a good story. Above all else, this is the responsibility of the writer. Afterall, we are storytellers, and there is a lot of competition out there, from movies, television shows, video games, and all the other forms of entertainment, so it’s incumbent on us to keep our readers’ interest. So, people should pick up my book if they want to read a good old-fashioned story that keeps them entertained, immerses them in a foreign culture, and maybe prompts them to ask some probing questions about identity, familial expectations, and whether we can really know someone.

A native of Nyack, New York, Soon Wiley received his BA in English & Philosophy from Connecticut College. He holds an MFA in Creative Writing from Wichita State University. His writing has been nominated for a Pushcart Prize and earned him fellowships in Wyoming and France. He resides in Connecticut with his wife and their two cats. When We Fell Apart is his debut novel. Support his work today at Penguin Random House.